You are here: Home / For Moms / Top Fitness Trackers for Pregnancy 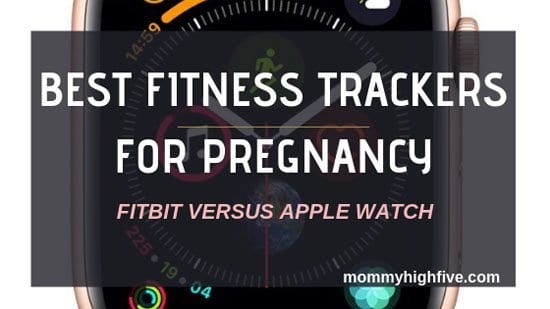 We all know it’s important to exercise during pregnancy. The American College of Obstetricians and Gynecologists recommends pregnant women get at least 30 minutes of moderate aerobic exercise every day. Benefits of prenatal exercise include more energy, decreased chance of cesarean, shorter postpartum recovery, reduced low back and leg pain, and prevention of pre-eclampsia.

Unfortunately, talking about exercising while pregnant is a lot easier than actually doing it. I remember with each of my pregnancies being so exhausted that the thought of working out made me want to go take a nap! If you’ve had similar thoughts, one tool that can help motivate you during pregnancy is a fitness tracker.

Fitness trackers such as the Fitbit and Apple Watch provide users with information about their health, workouts, and lifestyle. In addition, they can help users build a social network of like-minded friends and family to encourage each other on their fitness journeys. And let’s face it—they are pretty cool little devices to have. 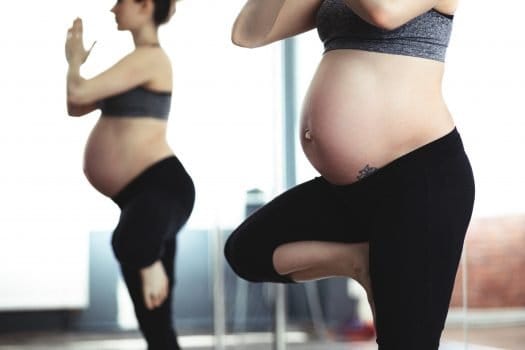 If you’re pregnant and interested in purchasing a fitness tracker, you’re probably deciding between one of the two most popular options—the Fitbit, and the Apple Watch. Here is our guide to all of the features and benefits of each type of tracker to help you decide which one is the best for you. (There are several types of Fitbits—this article will look specifically at the Versa and the Charge 3. The features discussed in this article refer specifically to the Apple Watch Series 4.) 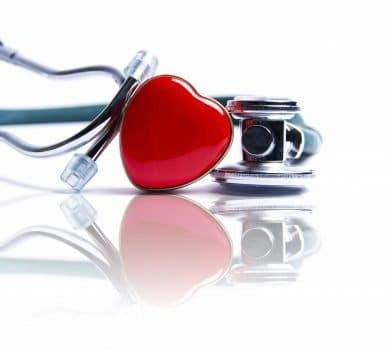 The good news is that both Fitbit and Apple Watch track your heart rate 24/7. I polled a group of moms on Facebook to find out more about which fitness trackers they used and why. The vast majority of these women specifically mentioned that they loved having their heart rate monitored at all times, not just when they were working out. Several of these women had pregnancy complications that caused their heart rates to go dangerously high, so having that alert from their fitness tracker was extremely helpful.

While there aren’t any specific rules about maximum heart rate for exercise during pregnancy, it is a good idea to make sure it stays in a moderate range. For most women, this will be in the 140’s to 160’s.

Both the Fitbit and the Apple Watch allow you to have your heart rate displayed on the home screen, making it quick and easy to check at any time. The Apple Watch sends alerts if your resting heart rate is too low or high. Both devices will detect an increase in heart rate and suggest recording a “workout”. Interestingly, it was this feature that alerted some of the women in my group to their pregnancy-related heart problems when their tracker suggested a workout while they were sitting still.

Both the Fitbit and the Apple Watch track your daily exercise and keep all of your fitness data logged in an app. The Fitbit has its own app that can be downloaded to any smartphone to easily keep track of data. The Apple Watch uses two apps on the iPhone—the Health app and the Activity app. Some people find it confusing to navigate between these two apps, but with a little practice, it isn’t difficult.

One feature offered by both the Fitbit Versa and Charge 3 that is not offered by the Apple Watch is female health tracking. You can use your Fitbit device and app to track periods, symptoms, and fertility windows. However, and I believe this is a HUGE oversight on Fitbit’s part, there is no pregnancy setting for this feature. 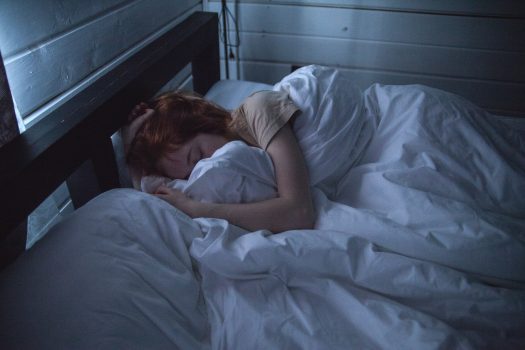 Have you ever walked into your doctor’s office for your prenatal exam and been asked, “How are you sleeping?” It’s a common question, but sometimes it’s hard to know how to answer. Sleep can become more and more uncomfortable as your pregnancy progresses. Between tossing and turning to find a somewhat comfortable position, and emptying your bladder several times a night, you may not be quite sure if you slept at all!

Both the Fitbit and the Apple Watch use motion sensors and heart rate monitors to track your sleep if you wear the watch to bed. However, the Apple Watch requires you to download a separate app (there are several options) to track this feature. The Fitbit app has a sleep section built right into the app. Either way, you’ll be able to answer confidently next time you are asked about your sleep quality. 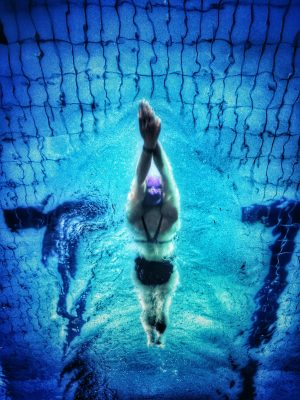 Both the Apple Watch and the Fitbit are swimproof to 50 meters, which is great news for pregnant women—water exercise is highly recommended during the third trimester. It also means you don’t have to stress about your watch being exposed to water or sweat in any situation. As a mom of 5, it’s comforting to know my Apple Watch won’t be ruined if I accidentally forget to take it off when bathing my two wiggly toddler boys.

Both Fitbit and Apple Watch track your activity (not just workouts) throughout the day and remind you to continue working toward your movement goals. However, because of its “Three Ring” system, I think Apple Watch is slightly better in this category. It divides your movement goals into three categories: standing, moving, and exercising, and each one represents a ring on your watch face. When all three goals have been hit, you get the satisfying “beep” of “closing your rings.”

The default exercise goal for the Apple Watch is 30 minutes per day, which is exactly the recommended amount for pregnancy. For movement, you can choose between steps or calories. The Fitbit only tracks steps, but you can customize that in the Fitbit app.

Some women can be very sensitive to jewelry and clothing during pregnancy, so wearing a large watch is out of the question. While the Apple Watch and Fitbit Versa are pretty average sized as far as watches go (24 mm x 24mm for Versa and 40 mm x 34 mm for the smaller Apple Watch), the Fitbit Charge 3 is even smaller (22 mm x 36 mm) and may work for women who are extremely sensitive during pregnancy. You can also change out the bands on all of these devices, allowing you to select one that meets your preferences.

The Apple Watch series 4 can now connect to a cellular network, allowing you to stream music right to your watch during workouts. There are two models of the Fitbit Versa that can store 300 songs and connect to Pandora or Deezer. If you like to stream music during your workouts, you’ll definitely want to go with one of these options. 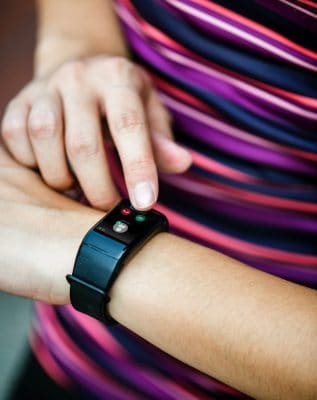 If you have an iPhone, you can use either an Apple Watch or a Fitbit to track your fitness during pregnancy. If you have the Apple Watch, however, you’ll be able to track a lot more than fitness—your iPhone will sync with your watch and allow you to get all of your calls, texts, and notifications right on your wrist.

If you like to stay connected to your phone throughout the day without actually having to carry it with you, this is a great reason to choose the Apple Watch. I found that I actually used my phone less when I got my Apple Watch because I could answer texts and calls without picking up my phone.

However, you can still use the Fitbit and all of its features with your iPhone—just download the Fitbit app from the App store and sync your Fitbit with your phone.

If you have an Android, you’ll want to go with the Fitbit. There isn’t much point in getting an Apple Watch if you don’t have an iPhone because the Fitbit can do almost everything the Apple Watch does when it comes to tracking fitness, heart rate, and activity. In fact, you can even use your Fitbit Versa or Charge 3 to get call, text, and app notifications from your Android and send quick replies.

Here is one area where Fitbit and Apple Watch differ quite a bit. A new Apple Watch Series 4 is more than double the cost of a Fitbit Versa. The Fitbit Charge 3 is even more affordable.

If you plan to use your fitness tracker for ONLY fitness, it makes much more sense to go with one of the Fitbit options—the Charge 3 or cheapest Versa model. However, if you like having the additional functionality of notifications, music, etc. then the Apple Watch or Vera Special Edition are going to be a better fit. And don’t forget—the Apple Watch is ONLY compatible with iPhones.

No matter which tracker you choose, make sure you use it to help you stay active and healthy during your pregnancy!