You are here: Home / For Moms / After Almost Every Storm is a Rainbow – A Birth Story 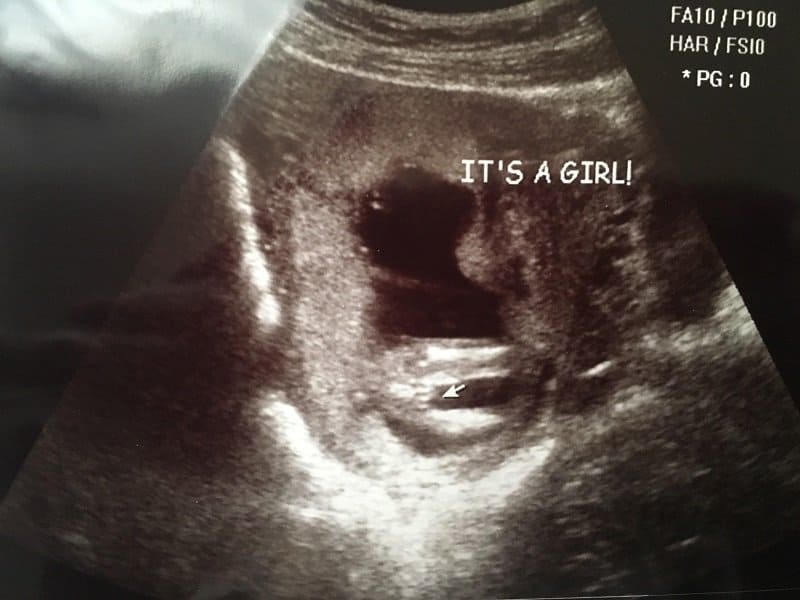 Going from having a relatively healthy pregnancy with a very active baby to a baby that is no longer moving is nerve racking. As I walked into the hospital I was scared. At 36 weeks and 5 days pregnant my baby had stopped moving.

What relief I felt as the nurse quickly found her heartbeat and monitored her for 2 hours. She still was not moving very strongly, but her heart sounded great and she showed no signs of distress. As I went home I was able to rest and get some sleep.

The next day again no movement, but I knew she had to be OK. As I went into my scheduled appointment with my doctor I shared that the baby was not moving. But again her heart sounded great and there was no reason for concern, she was just ready to be born and many babies slow down right before birth.

37 weeks was a big milestone, as I had started to progress and show signs of labor at 34 weeks. Now at 37 weeks I knew my baby girl could be born anytime healthy and strong. But I kept having a feeling that something was not right. Every time I would worry, I would feel little flutters in my belly and go back to work or working on the nursery.

At 37 weeks and 3 days I could no longer feel any movement. I was feeling sick, empty, and completely alone. I told myself I was crazy and did not want to walk into the hospital, but eventually, I did with the help of my husband. As I was shivering and my teeth were chattering, I explained I had not felt my baby; the last time I had felt a strong movement was a week ago.

I changed into a delivery gown and got into the bed, the nurse went to find the heartbeat, nothing. Nothing could be found. The nurse gripped my hand and kept looking. I looked at my husband who now had his head in his hands, unable to look at me. My heart was breaking. This was not real. Then the nurse spoke, “I normally can find a heartbeat by now. Nothing is confirmed yet, but I am ordering an ultrasound and calling your doctor.”

I knew. I knew she was gone, but I could not believe what I knew. Not yet. This was all just a mistake. This was the start of our storm that I wish I could say only lasted through this dreadful night, but that would not be the truth. The truth is the storm kept raging off and on for the next year, sometimes dragging us down so low we wished we no longer existed. There were times I thought the storm would swallow me whole, but it didn’t. Somehow we kept moving forward through this awful storm that seemed it just could not let us go. 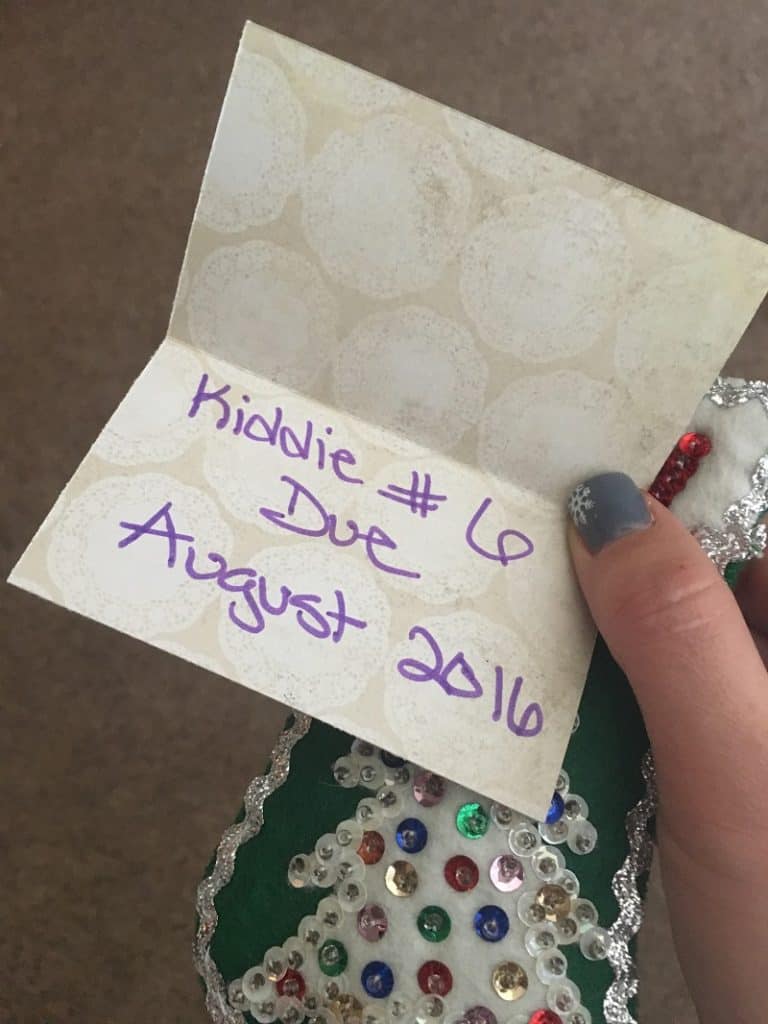 Often after a storm there is a rainbow, a beautiful array of colors that helps you forget the storm and look forward to new beginnings. A baby born after an infant loss is often referred to as a rainbow. I was not sure I wanted another child; neither of us were. The thought of being pregnant again scared us. Then another part of me could not stand the thought of ending our journey of having children on such a tragic note.

As time went on we decided, after consulting with our doctor, that we would not make a decision for six months to a year. My body had just gone through a full term pregnancy and delivery and needed time to both physically and emotionally heal. After this time we would then decide if we were done having kids or if we dared trying to have one more. To our surprise, six months after our loss we would find out our rainbow was on the way. 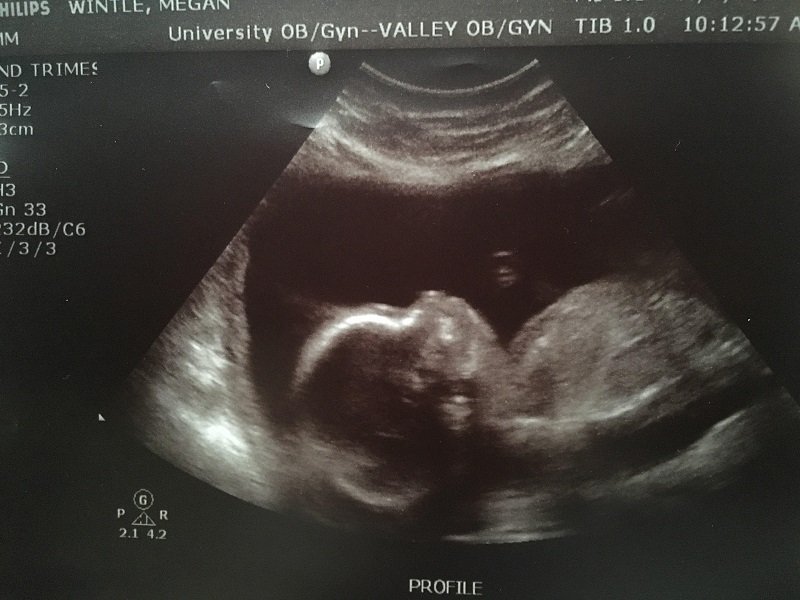 The news of being pregnant did not bring excitement or joy. It brought fear and anxiety. We did not dare share our news with anyone, not even our kids. Neither of us wanted to talk about the pregnancy, or be told, “Everything will be fine.” We just wanted to retreat from the world and keep our secret as long as we could.

As the pregnancy went on, it seemed as if one concern after the next arrived, causing my pregnancy to be closely monitored. I felt I spent my weeks going from one doctor’s appointment to the next, and I was fine with this until the last week. At my final doctor’s appointment I was done; I was ready for an induction and to stop being at appointments constantly. What peace I felt as I walked out of my last appointment knowing it was only a few days until I got to hold our final baby in our arms.

The day came for the induction. I did not sleep well and felt nervous. As my husband arrived home I started to panic. We needed to be at the hospital in 30 minutes, but I suddenly could not do it. I could not breathe. All the memories of our last delivery flooded back. Then we prayed and my soul was calmed.

On our way to the hospital we stopped and grabbed some food, as who knew how long it would be until I could eat again. There was a storm coming in, but the evening felt cool and peaceful. The plan was to start my induction at 9 pm and have me ready to deliver around 1 am.

As we checked in and they started to walk us to our room, we both looked at each other as they walked us to room 104, the same room we delivered our Bryton in. The same room our storm started. We had discussed beforehand what we would do if we were in this room and decided if it was meant to be it was meant to be. After I changed into the delivery gown they were moving a new bed into the room; apparently the other was not working. Then they found this bed too was not working, nothing in the room was working right. So they moved us out of 104 and into room 108. It wasn’t meant to be.

As we got settled, they informed us there had been a rush of deliveries so they were waiting for my doctor to give the go ahead before starting my induction. I was already having three minute long contractions every couple of minutes since I had arrived, so they felt I was going to go faster than planned. It was after 10pm by the time my induction was started.

The pitocin was stopped. My doctor was now in the OR performing an emergency c-section. We needed to get the baby out and I was at 7 cm and almost all of the way effaced. I was told they were prepping me for a c-section and trying to get my doctor there but had another doctor on the way just in case. There was a moment where there was no heartbeat and as they searched I remember my nurse holding me and telling me to breathe and that she knew he was still alive. I told them to tell me the truth about what was going on. I was told there is a cord issue, but they couldn’t figure out where. No matter what they tried there appeared to be pressure on it.

I was instructed to tell the nurses when I felt pressure. I did and they checked. I was now at 8 cm. I felt pressure instantly again. The nurse checked again. I was now 100% ready. I was told if the doctor gave the OK I would get to push, so they quickly got the room ready for delivery. When the doctor walked in he said, “You can get this baby out in 7 seconds right?” I said yes. Then I pushed and was told to stop, I had no desire to stop due to the pain, but I did as told. The doctor said he could see what was wrong. I heard my husband say, “The cord is around his neck; it is really tight.” The doctor then got him out and lifted him just enough where I could see him. Our son was tied up from head to toe in the cord; I have never seen anything like it. It was not just a long cord; they said it was extra long.

The doctor then untied our son Kenston and handed him to me. I instantly held him close to my skin, so grateful he was alive and in my arms. I could feel his warmth, so much warmer than his sister born before him. I loved feeling every breath he took. Then helping him nurse for as long as he would, we found our rainbow.

Did this moment take away all the pain from the storm? No. But does it help? Yes. It has helped our whole family. Do we want to do it again? No. We are ready to move from the phase to having babies to the phase of waiting for grandkids, especially a granddaughter to spoil rotten one day. We are exhausted both physically and emotionally. There are still many storms we are facing. There have been many storms during this last year that we have not publicly shared. We are hoping to find each rainbow one at a time as they present themselves and enjoy our lives to the fullest as much as possible.

We could not have made it through our storm called Bryton without the love and support of others. Thank you, thank you to everyone who has said a prayer for us and/or reached out and helped any way they were able to. Thank you to those who do not know us but have reached out and helped to others like us as they have faced their own tragic storms; thank you for helping others find their rainbows in whatever form they may arrive in.