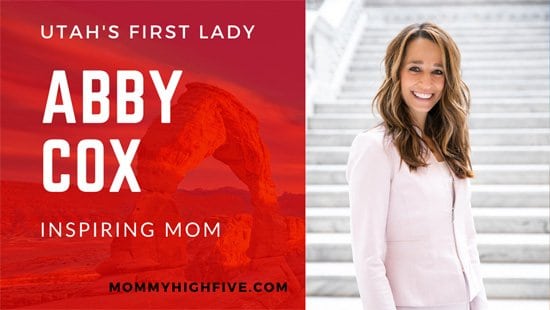 I recently had the privilege of speaking with Abby Cox, first lady of Utah, and mom to 4 children. It was great to get to know more about her and to hear  all the excellent tidbits she shared about her motherhood journey. I was impressed with this humble, well-spoken woman who is certainly an inspiring mom.

Abby Cox was raised on a 600-acre farm in Mount Pleasant, Utah. She is one of 10 children and feels she had an upbringing unlike most people. She even said she feels it was more like growing up in another century as she did farm work that most other young girls don’t. Abby learned a great work ethic by working on her family’s farm. She is grateful for the sacrifices her parents made for her. 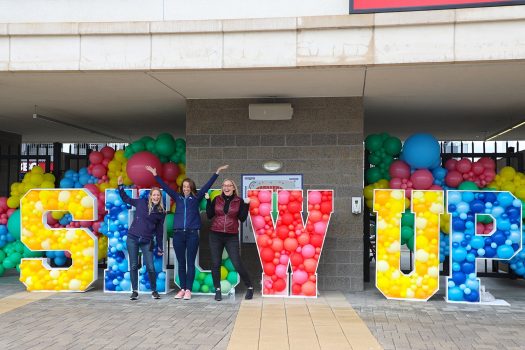 Education was important to Abby’s parents. Even though higher education wasn’t necessarily encouraged in their community, Abby’s parents had the expectation that their children would graduate from college. Abby attended Snow College in Ephraim, Utah for 2 years and then earned a bachelors degree from Utah State University in Logan, UT. Her degree is in Special Education, with an emphasis on early childhood education and severe disabilities.

High school sweethearts, Abby and her husband Spencer married while they were in college. After graduation, Spencer attended law school in Virginia. Then they moved back to Fairview, Utah, where Spencer became involved in local politics as a city councilman and then mayor. Eventually he was voted into the Utah House of Representatives, and then he was chosen as lieutenant governor. Cox was elected Utah’s governor in 2020. 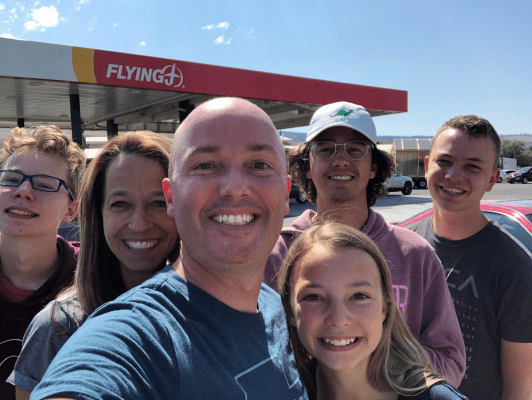 Abby and Spencer have 4 children, 3 boys and 1 girl. The Cox family enjoys spending time outside. They like canyoneering in the slot canyons of Utah and going on road trips. One of their favorite places to visit is the Oregon coast. Whether they are in the mountains, on a beach, or hanging out at home, they enjoy spending time together. Abby said one of her favorite things is enjoying sitting around with her kids laughing and giggling.

Successes and failures as a mother

When I asked Mrs. Cox about her philosophy of motherhood, she said it has changed over the years. She said motherhood not what she expected.  “In my naive mind, before I had kids I was the best parent. I was the best teen parent before I had teenagers. Anytime you think you’re good at it, it has a way of slapping you in the face and humbling you,” she said.

Abby explained that before she had kids, she thought they were like programmable robots. She believed if she did certain things her kids would turn out well because of what she did. But after becoming a mother, she said she learned that was not the case. She emphasized that every child is so unique and different.

One of the most poignant things Abby shared with me was her process of learning to accept her children and their personalities without trying to change their traits or form them into who she wanted them to be. 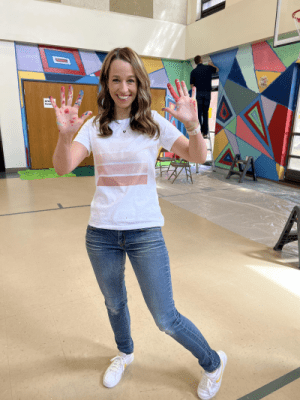 When Abby’s oldest son was young, she expected him to be what society tells us a first child should be, a responsible, serious, logical leader who is driven. She said she and her son butted heads over it. Finally, when he was in 7th grade, he took a personality color text. Abby was sure the test would show her son was a “red” personality. He was the first born, after all. However, the test showed he was a “yellow” personality, spontaneous, enthusiastic, and fun. When her son shared these test results with Abby, it was a light bulb moment for her.

She explained, “All of a sudden I realized I have been trying to make this kid something he’s not. I have been trying to squish him in this little hole of the expectation that I have.” Abby learned to accept that her son was not exactly who or how she had expected and that was ok. She said parents need to embrace who their kids are and help them navigate the world as that person.

She encouraged parents, “Find ways they (kids) can be successful in the world in the way that is most authentic to who they are.” Any parent can tell you children will not always be successful no matter how hard the child (or parent) tries. Abby explained that both parents and children can learn during difficult times as well. “Through their hard things I am learning more about myself,” she stated.

Abby has found some great advice in the book “Love that Boy”. It talks about having expectations for children. According to the book, parents need to look at their own motives behind the expectations. Are they for people to recognize the good job we are doing as parents or are the motives to help the children with what they need to navigate the world?

Highlights of time as first lady 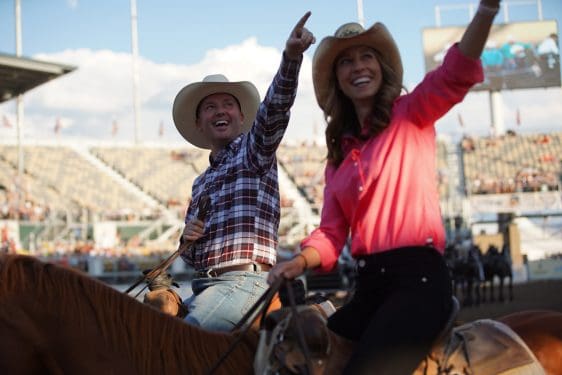 When asked what the highlights have been so far during her time as Utah’s first lady, Abby explained that she had been a stay at home mom for 23 years. As first lady, she is using education and experience as a mother, PTA volunteer, and church youth leader volunteer to help find passions and move forward in meaningful activities. 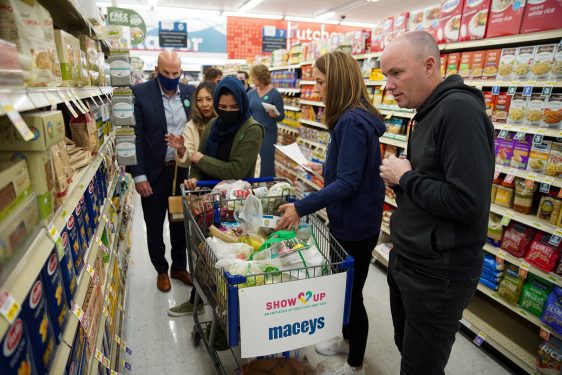 Abby is working hard to help benefit people with disabilities, those who are marginalized, and those in the foster care system. She said her most meaningful work in the past couple years has been with the Special Olympics Unified Sports. This program allows kids with disabilities and kids without disabilities to play on sports teams together. 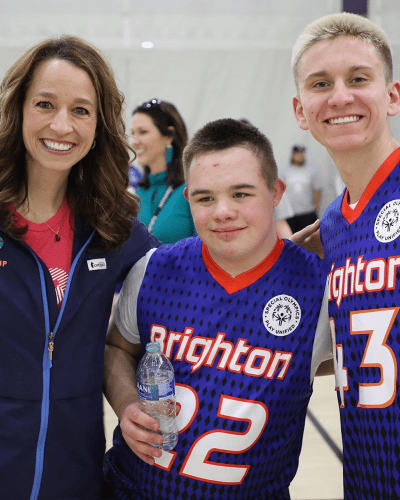 When Abby started working with this program, 30 schools in Utah were involved. By this fall, more than 180 schools will be involved. She is passionate about this program because it inspires all people involved. Abby grew up with people with disabilities, and those individuals enriched her life. Her next mission with this program is to focus on rural Utah to bring opportunities to kids all over the state.

As the mother of a child with special needs, I was deeply touched by Mrs. Cox’s dedication to helping Utah children with special needs. In my experience, this sort of interaction between those with special needs and those without is priceless for everyone. I love watching other people learn to appreciate the beauty my daughter has to share. I am grateful that Mrs. Cox is giving this opportunity to so many Utahns. 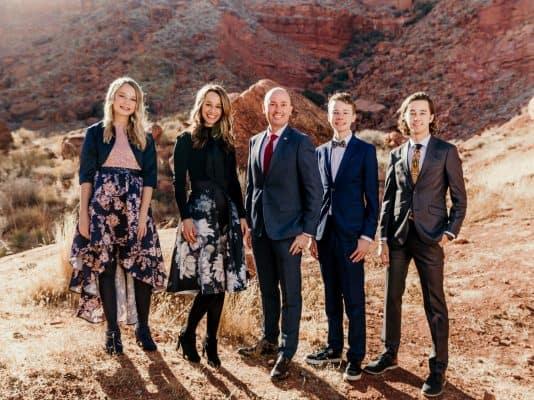 The boys of Abby and Spencer are grown and no longer living at home, but they still have a daughter in high school. I was interested to hear how Abby balances motherhood with the demanding responsibilities she currently holds. She said her team prioritizes her family time, being careful no to schedule over family time. Abby’s schedule, while full, still allows for her to pick her daughter up from school, take her to music lessons, and enjoy other activities with her family.

Abby said she and her husband closely guard their family time together. They drive from the city on weekends to stay in their hometown to reconnect and get away from everything. Abby emphasized the importance of guarding your family time closely, no  matter our situation. 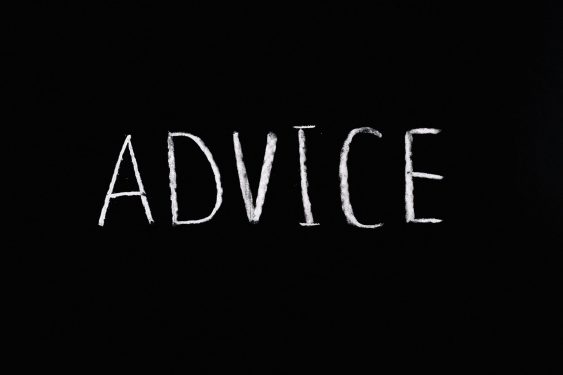 Abby’s fantastic advice for moms really struck a chord with me. With some great pearls of wisdom, Abby said, “Sometimes we want to hold our kids up as trophies, as they’re a reflection of us as mothers and the good job that we did.” She explained that our children need to make their own choices and experience the consequences of those choices.

Abby went on to say, “Let’s all just decide to get rid of that guilt and get rid of that shame. And really just embrace each other’s efforts. As women and as mothers it’s important for us to build each other up and not judge one another. Always give yourself some grace and those around you grace.”

Abby’s advice to mothers to not judge each other is so important. As mothers and women, we need to support and uplift each other. Being a parent is difficult, and the more we help each other, the easier it will be.

Can’t do without items 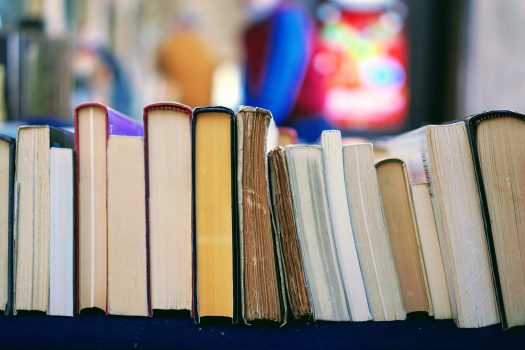 When I asked Abby about items that she loves and couldn’t do without, she was quick to mention these:

I found so many pearls of wisdom in what Abby had to say. She is a real, down-to-earth mom who is doing her best to support and love her children just the way they are!